Editor's Note: From "bare-foot doctors" to the most expansive and effective medical insurance system, China has made remarkable achievements in the healthcare sector. In the first of a series of commentaries, a senior journalist with China Daily traces the eventful journey of China's healthcare achievements.

Life expectancy in China is 77.3 years, higher than the average of medium-and high-income countries and more than double of 35 years in 1949 when the People's Republic of China was founded. While sufficient food and better nutrition have played a key role in raising life expectancy, the contribution of the national healthcare system should not be underestimated, because good medical care can increase a person's lifespan.

China runs the world's largest medical insurance system covering 1.35 billion people, accounting for 17.3 percent of the global population. Despite complaints against China's healthcare system－that it lacks enough investment and provides poor services apart from being inequitable－Chinese people's life expectancy has continuously increased over the past seven decades due to the system.

Western medicine was introduced in China in the early 20th century when a number of hospitals such as Peking Union Medical College Hospital began providing medical care for the public. Soon some foreign doctors and overseas-returned Chinese doctors opened their own clinics to treat better-off patients. But since the cost of allopathic treatment was high, most Chinese people had to rely on traditional Chinese medicine.

Soon after the founding of New China, the government built many hospitals and started providing medical allowance for employees in factories and institutions－all State-owned or collectively-owned－in cities. But only a small percentage of the population could avail of the medical allowance.

For people in rural areas, which for decades had been home to 80 percent of China's population, the government adopted a collective medical security system. Many villagers who could read and write were chosen to receive "medical training" for a few months and then assigned to work as "bare-foot doctors" in their villages. In most cases, such "bare-foot doctors" were equipped with only a thermometer, a stethoscope, a sphygmomanometer and some basic medicines such as acetaminophen and aspirin.

It was during this period that TCM became very popular－because it was cheaper and easy to access. Humble as the system is, it provided rural residents with basic medical treatment and helped China lower the infant mortality rate to below 1 percent from more than 20 percent in the early 1950s.

At the turn of the 21st century, the government introduced the New Rural Cooperative Medical System, under which a rural resident pays about 200 yuan ($30.89) per year to enjoy full medical insurance coverage. For each individual joining the insurance program, the central and local governments contribute about 600 yuan to the pool. But because of its limited resources, the rural insurance program can reimburse only between 20 percent and 60 percent of a patient's medical cost.

To ensure poor farmers get the necessary medical treatment, the government has also implemented policies that allow people suffering from serious diseases or living in extreme poverty to apply for different kinds of subsidies.

I once met a farmer in Huichang county of Jiangxi province who had recently undergone a heart surgery. She told me that the medical bill was about 100,000 yuan but she had to pay only 6,000 yuan thanks to the medical insurance and government subsidies. "I would have had to sell my house without the insurance and subsidies," she said with a smile.

Saving for a rainy day has long been a Chinese tradition. And most Chinese people pray the rainy day does not turn out to be a serious illness. But with 97 percent of the Chinese people being covered by medical insurance, we can now see a lot of smiling faces like the one I saw in Huichang. Over 20 steps launched to assist Taiwan compatriots and companies 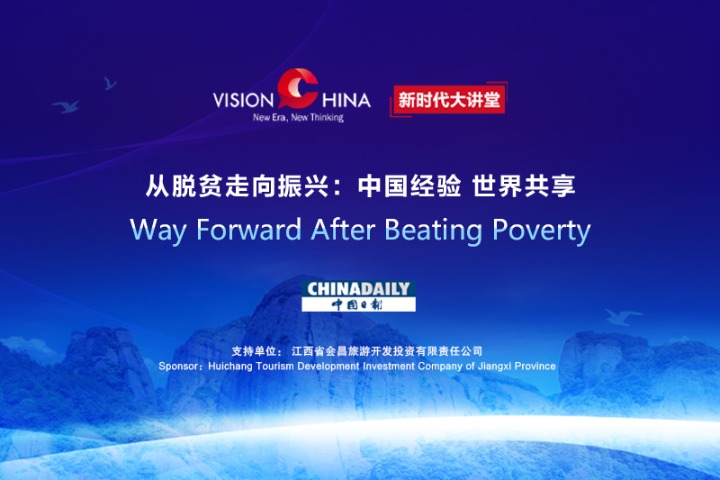 Restoring memories one doll at a time

Nothing replaces my cup of Hangzhou green tea